EASY GOIN‘ is a group of international musicians from the Ivory Coast, Germany, Israel, Cuba, Colombia and India, formed in Berlin in 1997.

All band members contribute their compositions and ideas. At the concerts, it is a pleasure to hear the band’s lively style and accomplished solos.

Originally arranged classics are mixed with their own compositions. The varied repertoire of Jazz Classics, Bossa Nova, Afro, Reggae, Pop, Rhythm & Blues and own songs promises an exciting concert experience.

Particularly characteristic are the three female singers, who alternate and complement each other harmoniously through skilful vocal delivery.

With a stylish appearance and a wealth of musical ideas, EASY GOIN‘ fascinates at concerts, galas and festivals.

“Everything Gonna Be New“ – In Memoriam

Souleymane Touré, the drummer, percussionist and founder of the band Easy Goin‘ passed away in April 2017. We miss him and his wonderful playing very much.

While we mourn his passing, we rejoice in his legacy. „Everything gonna be new“ – those were his last words. Music was his life and music will always connect us.

Souleymane Touré was a master percussionist and drummer.

He was born 1938 in Northern Nigeria and came from a griot family.

The griots are storytellers and musicians, they are transmitters of history and culture, of life wisdom and traditions.

As a young musician, he moved to Abidjan, Ivory Coast. This is also where his musical career began.

In 1973 he became a member of the Radio & TV Orchestra, legendary in Ivory Coast, under the direction of Boncana Maiga, in the capital Abidjan. Here began, among others, the collaboration with Manu Dibango, saxophonist, composer and singer from Cameroon.

In 1982 Souleymane (at that time under the name M´Hmad Suley) founded the successful raggae band „Alpha Blondy and the Natty Rebels“ with singer and composer Alpha Blondy.

This was followed by tours in the USA and Europe.

Since 1992 Souleymane Touré has been living in Berlin. He gave concerts, among others as a soloist, in Germany and abroad. His repertoire ranged from African traditional and modern music to jazz, latin, funk, rhythm n ́ blues.

In Berlin he was a founder and member of various bands:

In 1993 he founded the ensemble „Academy Percussion International“ with his daughter, the singer Djatou Touré.

In all ensembles Souleymane Touré is remembered as „The Heartbeat Of The Band“. His musical interpretations, combined with virtuosity and personal charisma, were and are unique. 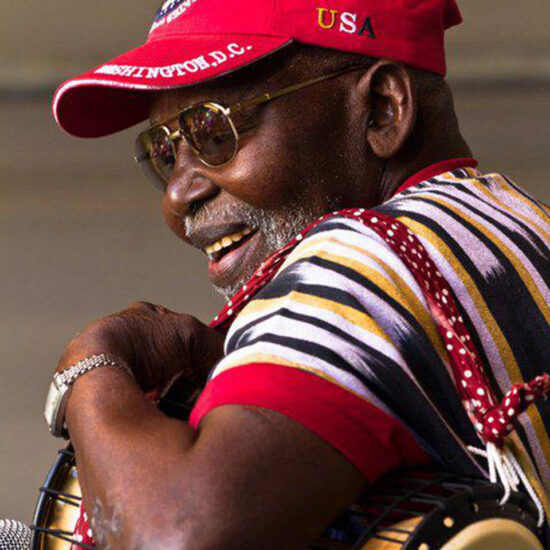 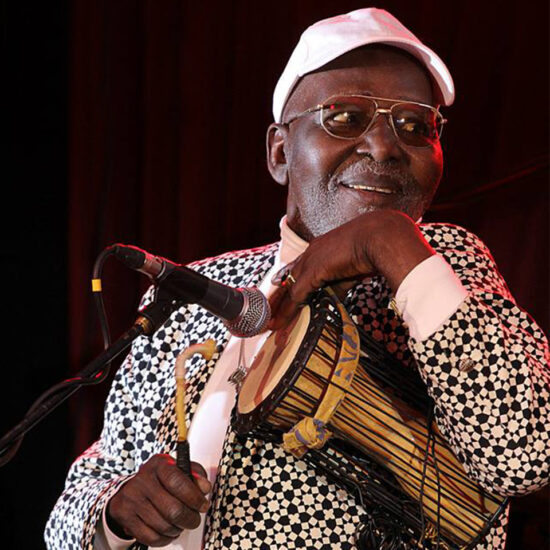 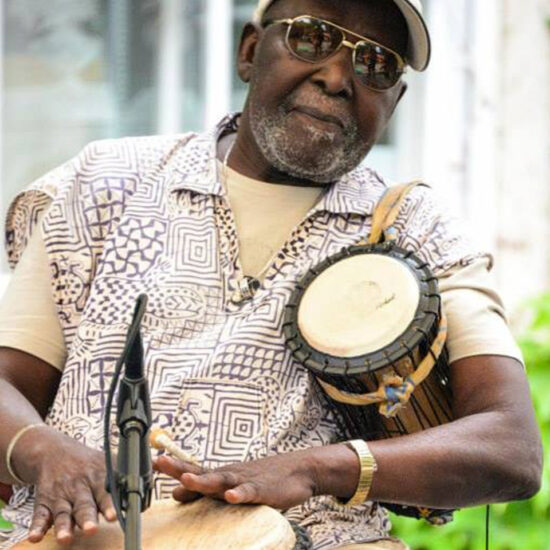 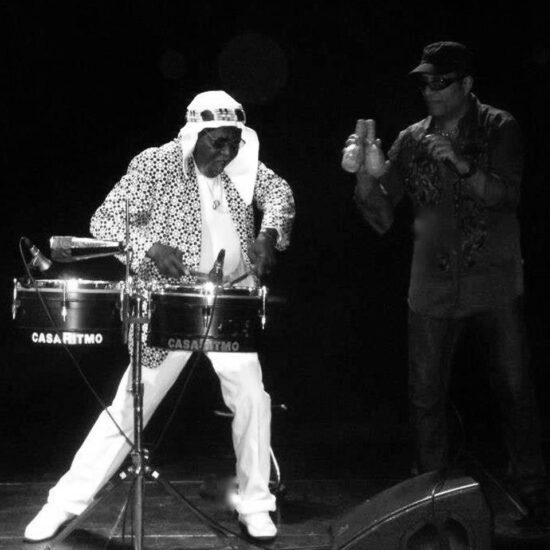 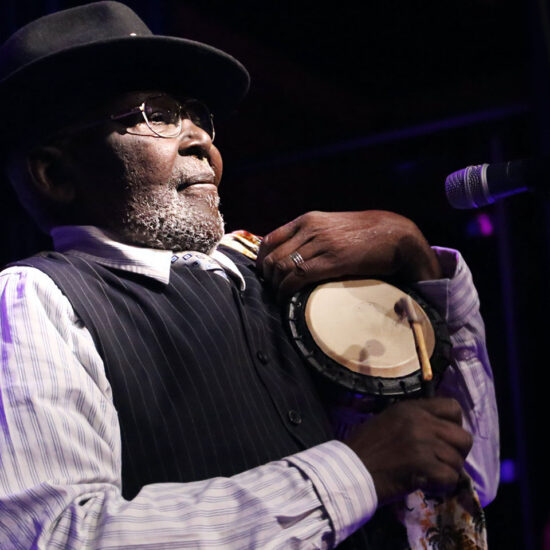